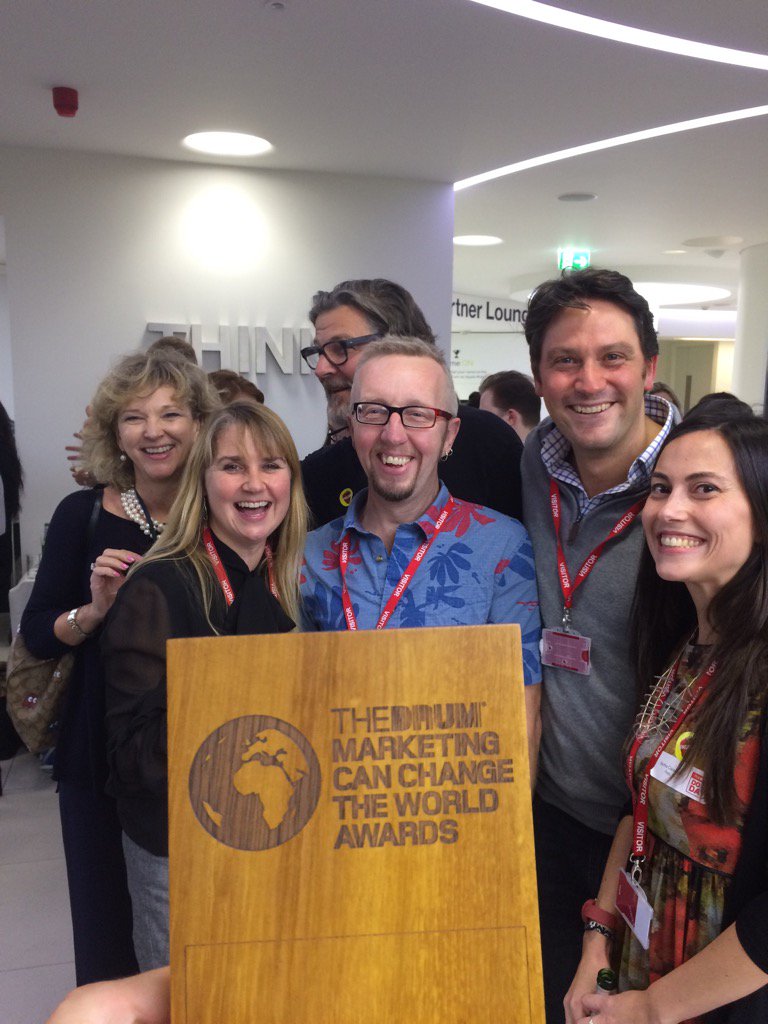 As a workplace strategy consultancy, engaging effectively with our client’s employees is critical and Sapio is our go-to supplier for staff surveys. The process is always stress-free and turnaround times for both building the survey and providing the results data are very quick. I particularly appreciate the way Sapio demonstrate a real concern for quality and frequently make helpful suggestions regarding question formats or raise a query if something doesn’t look right in the question set. I have found them to be unfailingly helpful and responsive and would not hesitate to recommend them.

The following article was published in The Drum by Thomas O’Neill, who is The Drum’s Managing Editor, responsible for enriching the overall experience and consistency of The Drum’s various content platforms. The fabulous photos were added by fellow team member Richard Coope. Full article here.

Every year IBM gives its staff the opportunity to come up with ideas for how its technology can be used to solve a problem. This year, a team led by software channel account manager Wendy Larcade decided to build an app that could help find missing people.

Using IBM supercomputer Watson’s cognitive capabilities, it has the power to assist police forces in analysing as much relevant data as possible in the shortest possible time as it aids them in their search campaigns.

The challenge set by the IBM team at Plan It Day and put into action at Do It Day by the team of Martina Ciampolini, senior account manager, Rapp; Steve Lloyd, creative director of IcoEx; Jane Hales, managing partner, Sapio Research; and Richard Coope, digital director, Radley Yeldar, was to raise awareness and promote adoption of the app.

Being an internal project, as well as the fact so many external stakeholders were required to buy into the idea for it to achieve mass adoption, the main measures of success would be getting the powers-that-be at IBM to commit more money to the app and police forces to commit to using it.

“We are now at prototype stage with the app and have something we can demonstrate to police forces. And here today we have these great people who have actually took our app and came up with loads of great ideas about how we can take it out to market.

“After all their work we have built a full year’s marketing plan to take it out to the public.”

The team actually came up with three separate campaigns: the first part is focused on driving awareness of the project within IBM in a bid to convince the decision-makers there to commit more money to the project; the second part is aimed at individual police officers; while the third strand looks to engage organisations including the Missing People charity and the UK Missing Persons Bureau.

And by the end of Do It Day the app had went from minimum viable product to a prototype that actually exists and the team had in place a name for it (‘Searchlight’), a logo and brand assets, marketing material which included posters and pop-up banners that can be taken to police events and conferences as well as a take-over campaign for IBM’s offices, a full year communications plan that can be rolled out immediately, a Twitter targeting campaign and a slick video presentation to take to key stakeholders.

The key message that will run across all this activity is ‘We’re all responsible when it comes to missing children’, while International Missing Children’s Day on 25 Mayhas been identified as a key date in the campaign’s continuation.

The campaign won the Do it Day Achievement Award at the Marketing Can Change the World Awards which were judged by a panel that included Visa’s Nick Jones, 23Red’s Jane Asscher and AKQA’s Wayne Deakin.

To see the full list of winners of this year’s Marketing Can Change the World Awards here.

To see the full ‘Do It Day’ pitches visit here. It was a inspirational day to be part of. Thank you to The Drum and to IBM to making it happen.

For more information about this project contact Wendy Larcade and Richard Coope.

This article is about: World, IBM, IBM Watson, Do It Day, Creative, Digital, Marketing, Brand