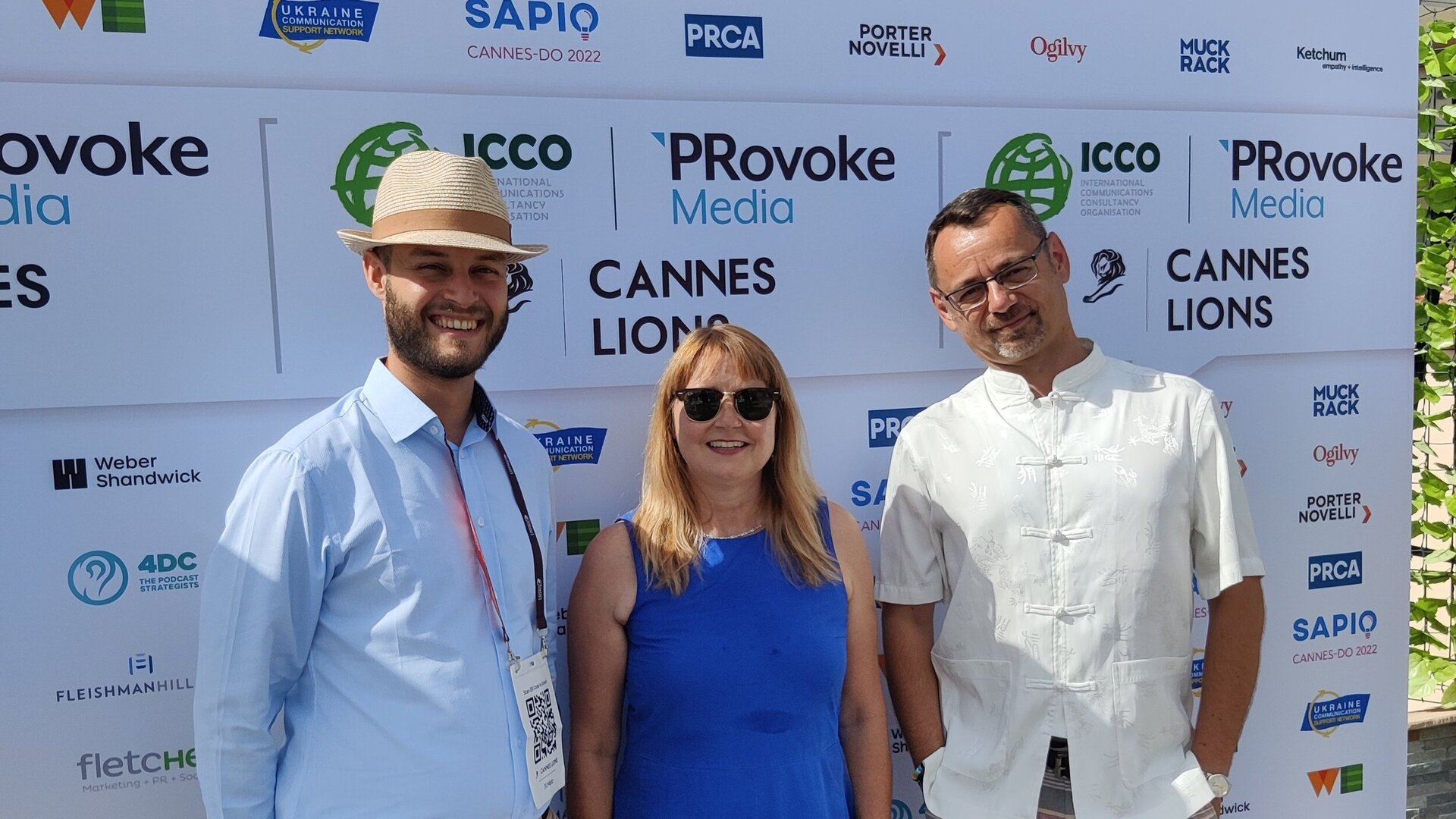 In June 2022, Sapio Research went on a voyage of discovery and found ourselves rubbing shoulders with the leading figures of the PR and advertising world at Cannes-Lions 2022.

This was our first time at this Mecca of creativity and to describe it as a learning experience would be an understatement. Not only did we come away from the event with a greater appreciation of the talent on show but also a degree of insight into the world of PR and advertising: what are the current trends, where is heading etc.

Rather than keep this to ourselves, we’ve decided to share what we learnt with the hope that it might help your business, in any way, shape or form.

Perhaps our biggest takeaway was the greatest surprise, namely the relatively poor performance of PR agencies at the awards themselves. Even the awards for PR agencies ended up in the hands of advertising agencies. This left us asking, what is going wrong? Why are PR agencies failing to secure their own awards?

In short, there is no simple answer. The judges, once the awards had been distributed, remarked that they didn’t see the relative failure of PR agencies at Cannes this year as a particular cause for concern. Instead, they should use it as motivation to push the boundaries of creativity.

As one judge remarked, Cannes sets the bar for creativity and at the moment PR agencies are not reaching the same creative standards as advertising. As a festival that celebrates creativity, awards will not be given to PR when the work is undeserving of them. The judges did not say this to discourage, but rather to encourage them to be even more creative.

Outside of the struggles of PR agencies, there was considerable talk about the coming dawn of cookie-less advertising and the return of contextual advertising. At present, more than three quarters of advertisers rely on third-party cookies to reach their audiences. Whilst browsers such as Safari and Firefox already ban the use of third-party cookies, Google is following suit, giving advertisers a new problem.

However, the solution may already have been known to us, namely contextual advertising. One company that is being particularly vocal is Seedtag who specialises in contextual advertising solutions based in Machine Learning and Artificial Intelligence. Currently, the user experience is being damaged by the pervasive presence of irrelevant ads. This is especially true of ‘hyper-targeting’ where certain ads bombard users for months after the search happened.

Contextual advertising is seen as the bridge between effectively targeting users but doing so in a less obtrusive and more importantly relevant fashion.  The move towards web3 and deeper use of social networks is moving at a pace.

There was a stronger presence of tech brands than creative agencies as a result, which we’d not expected.

Standing up and taking note

Despite the huge amounts of activity that goes on at Cannes, what caught the headlines, and everyone’s attention was an event that no one could have predicted.

The talk of the town was actually Greenpeace, the global campaigning network for climate change. On the first night of the week, Gustav Martner, the former head of a creative agency, jury member and Cannes winner, dramatically stormed the stage to return his awards. He did so because he had won these awards with his work for airlines and car companies.

However, Martner described how the meaning of his awards changed over time. What began as recognition of the work changed into physical reminders of work that has contributed to the growing climate crisis.

This evolution led Martner to take action in the form of returning his awards and holding up a sign saying “No awards on a dead planet. Ban fossil ads!”. He was later banned from the festival. The sight of a former winner returning something that he laboured over night and day to win is a stark reminder of what is at stake.

Martner’s protest was accompanied by other protests from Greenpeace, including protesters storming the WPP Cannes beach and climbing aboard a fire truck.

So, what should we take away from this? Well, perhaps there is no one takeaway. Nor would we want to try and tease out a universal meaning from Greenpeace’s actions.  Rather, it seems that this was a call to action that should prompt us examine what Martner and Greenpeace did at Cannes and reflect on our own work.

This was not an assault on creatives and their work. Instead, it was an attempt to bring into the focus the impact that creative work can have and perhaps consider the wider consequences of it.

Needless to say, it was an eventful week at Cannes, especially for our first time there. We learnt a great deal and certainly feel like we have come away with an improved understanding of the PR and advertising world and understand why ICCO has a goal to enhance the representation of PR at the festival.

It was also an opportunity for reflection and self-evaluation. The actions of Greenpeace by no means overshadowed the week, but it certainly cast it in a different light. It was certainly thought-provoking and will undoubtedly be a lesson for us all.

It was an environment of optimism, with only Martin Sorrel having his mind on a potential recession, the talk hadn’t been as load around business planning as we’d been led to expect. Maybe that was just put to one side to avoid spoiling the party?

Now, the task is to take on board what we’ve learnt, put it into action and gather insights to underpin attention-grabbing creativity!